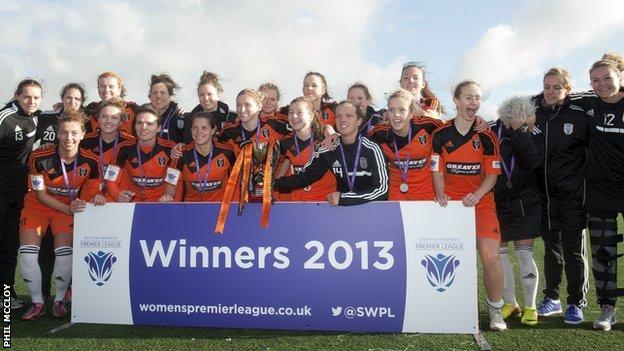 Glasgow City prepared for their Champions League return match against Standard Liege with a 3-0 win over Celtic at Petershill Park.

City clinched the Scottish Premier League title two weeks ago and were presented with the trophy after Leanne Ross' first-half penalty and a double from Suzanne Lappin won the match.

That victory means City have gone 111 matches without defeat in the league.

Head coach Eddie Wolecki Black's side have won seven titles in a row.

He said: "The win was a great way to set ourselves up for the title presentation, with three points, a clean sheet and three goals against a strong rival and I am delighted for all of the players and staff of the club that they managed to have a fantastic day.

"We now turn our attention to Thursday night against Standard Liege, with our focus on ensuring we reach the last 16 of the Champions League."