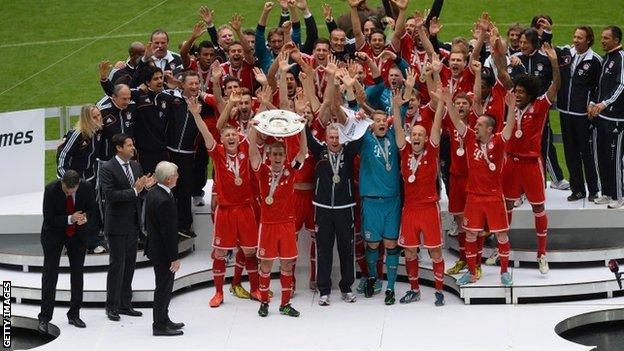 The German Bundesliga (DFL) has agreed a new worldwide television deal as it looks to close the gap on the English and Spanish leagues' global coverage.

Starting from 2015-16, 21st Century Fox will show Bundesliga games across North and South America and much of Asia for five years.

It will also be shown in Italy, the Netherlands and Belgium for two years.

"21st Century Fox is a global-scale partner that provides German soccer opportunities for worldwide exposure and future growth. We welcome these agreements as an expression of faith in the Bundesliga's continued development over the coming years."

Neither the DFL or Fox released any financial details of the agreement.

Both of last season's Champions League finalists were Bundesliga sides, with