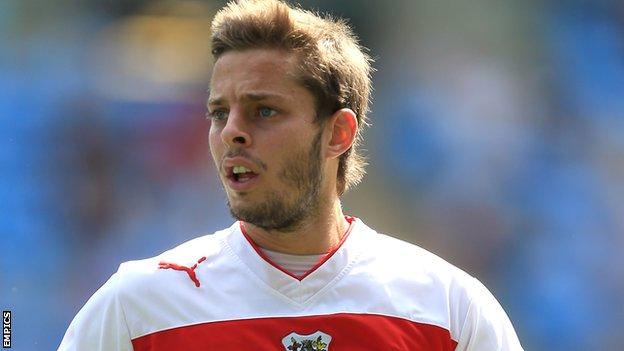 Stevenage midfielder Robin Shroot has been transfer-listed after asking to leave the League One club.

Shroot joined Boro two years ago and has scored 11 goals in 75 games.

The club have said the 25-year-old requested a transfer after not featuring in last week's Johnstone's Paint Trophy win over MK Dons.

His last Stevenage appearance came in when he was at fault for the Sky Blues' winner.

Shroot had a transfer request rejected in November 2012, but a month later signed a new contract until 2015.

A club statement read: "This is the second time Robin has requested a move in 12 months.

"We don't want anyone in the squad who doesn't want to be here, so this time we've agreed to put him on the list and if our terms are met he can move on."