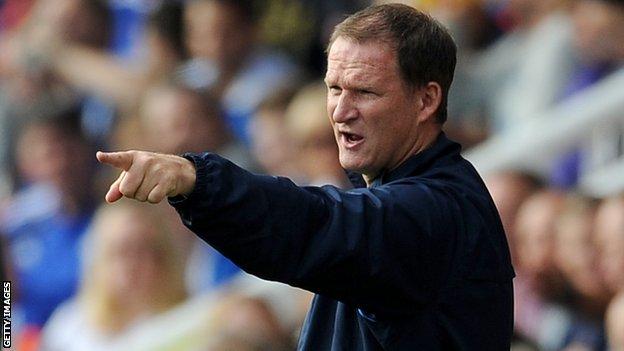 North End won five consecutive games in League One, earning Grayson the manager of the month award for September, but they have failed to score since.

"[We are lacking] the quality and that little bit of spark in that final third you really need when teams come and put players behind the ball," said Grayson.

"We have to learn from this experience because teams are going to do that."

The 43-year-old told BBC Radio Lancashire: "If we're going to be in the top six, teams are going to come here and make it difficult for us.

"Nobody likes losing matches and we've said before there's ways to lose matches.

"We've always said we're not going to get too down when we've lost a couple of games, as we don't get carried away when we win matches."

Despite the 2-0 loss at Deepdale to Crewe, the Lilywhites lie fifth in League One and have made an impressive start to the new campaign.

Former Leeds and Huddersfield manager Grayson also confirmed he was still looking to freshen up the squad with loan signings but has so far been unsuccessful.

"I spoke to a couple of clubs the other day and we didn't quite have the opportunity to go and do things," he added.

"If we can do things then we'll try and do it in the future. We've still a good enough squad to get back on the winning trail next week."