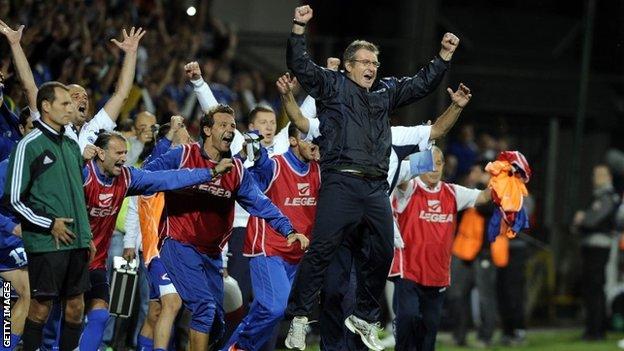 Bosnia-Hercegovina are confident of reaching their first major tournament by winning their World Cup qualifying group.

They visit Lithuania on Tuesday needing to match Greece's result against Liechtenstein to qualify - barring an unlikely 17-goal swing.

Bosnia are in their ninth qualifying campaign following independence from Yugoslavia in 1992.

Bosnia, who are guaranteed a play-off place at worst, beat Liechtenstein 4-1 on Friday to remain top of Group G on goal difference.

Much of their success has been built on the goals of Manchester City forward Edin Dzeko, who has netted 10 goals in qualifying - only Netherlands striker Robin van Persie has scored more with 11.

Former Paris St-Germain and Yugoslavia forward Susic continued: "We have the strength and the quality. We will attack, as against Liechtenstein, without calculation but with great caution in defence. We need to know that every lost ball can cost us dearly. However, we have our fans to help us succeed."

Guizhou Renhe midfielder Zvjezdan Misimovic, Bosnia's most capped player with 77 caps, said: "We are ready to give everything to get the three most important points in the history of our team.

"All that separates us from Brazil is 90 minutes. We know what's at stake. If we show what we can do, there is no doubt we will win in Lithuania."