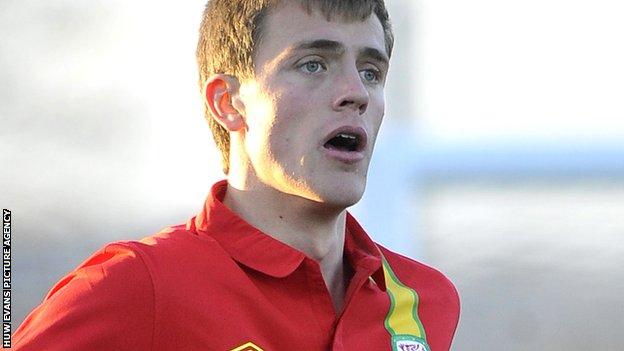 Manager Geraint Williams has made two changes to Wales' Under-21 squad ahead of Tuesday's Euro 2013 qualifier against San Marino in Bangor.

Notts County defender Jordan Holt has been called up to replace the suspended Joe Walsh.

Wales will hope to avenge a shock 1-0 defeat in San Marino in September.

Williams' side beat Lithuania 2-0 at Bangor's Nantporth Stadium and the manager was pleased with the performance.

"We spoke about the need for a good performance and a result and that is what we got," Williams said.

"It's great being able to go straight-into another home game on the back of the first win. It's an opportunity that we cannot afford to waste.

"I am sure it will be a different sort of game.

"When we played in San Marino we had plenty of possession and time on the ball but just could not break them-down.

"Another clean-sheet will be handy and we will certainly not underestimate them."