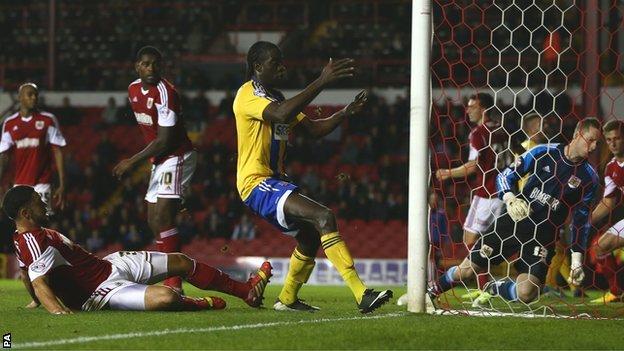 City enjoyed the best chances in the first half and they held off the Bees until the final 10 minutes of the game.

Sam Saunders' 25-yard shot deflected in off Derrick Williams to break the deadlock before Clayton Donaldson stabbed in at the back post.

Marlon Harewood grabbed his first City goal in injury time but it proved to be a mere consolation.

"It's like deja vu and groundhog day. They had one shot at goal and it deflected in.

"We dominated, especially in the first half, against one of the more accomplished sides in the division.

"There's lots of positives from the players' point of view but it just gets lost because of the result and the situation.

"People will now focus on the result and not on the aspects of how we played."