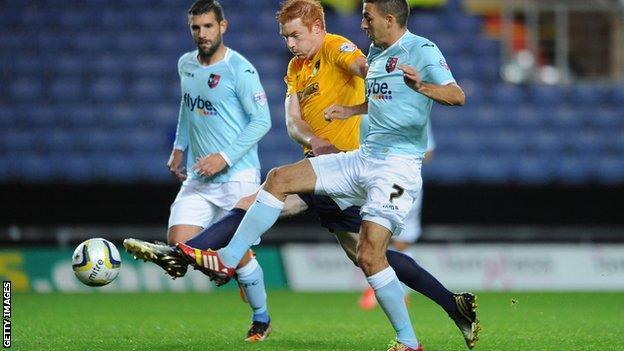 Grecians striker John O'Flynn had the first half's best chance but failed to get any power on his strike with just goalkeeper Ryan Clarke to beat.

Oxford had the best of a tight second half with James Constable and Dave Kitson going close with headers.

But Kitson was sent off in injury time after receiving a second yellow card.

"If we continue with that in terms of away performances and results then we're not going to be too far away. It's another game ticked off and more points on the board.

"It is a good point considering the two games we've had. We've had two clean sheets and some very considered play and, it must be said, some tired legs.

"I can't be too critical. The lads have worked really hard, and did the basics really well again.

"It was even stevens all the way through, both sides won't be unhappy with their performance and won't be cock-a-hoop either."