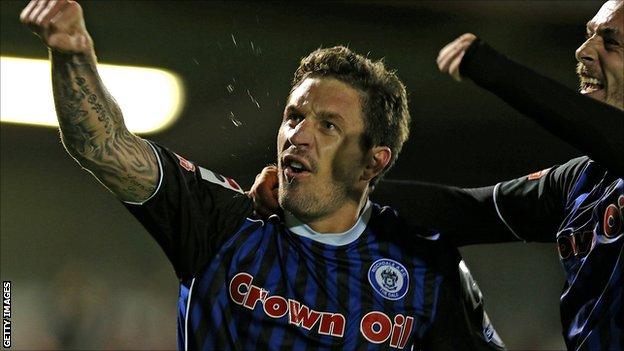 Luke Norris gave the Cobblers the lead from 25 yards with a dipping strike over Josh Lillis, before Ian Henderson levelled with a low-driven shot.

The visitors re-took the lead through Stuart Dallas's fierce shot but Michael Rose equalised with a late free-kick.

And George Donnelly fired home the winner as the game entered added time.

"We fell behind to a wonder goal and it supported their tactics on the evening. The opposition were magnificent in the pursuit of trying to win the match.

"Once we got back into the game, we weren't going to surrender the opportunity to go on and win, or at least make sure we didn't lose it.

"The response in the second half was better, without really being penetrative, but we eventually got there."

"There are fine moments between winning and losing and for long periods you don't know who's top of the league.

"The reason they are at the top is they keep going and we make silly mistakes.

"I know we're going to pick up results. I have no qualms about that.

"You get so close and you have to be able to finish it off and we didn't."