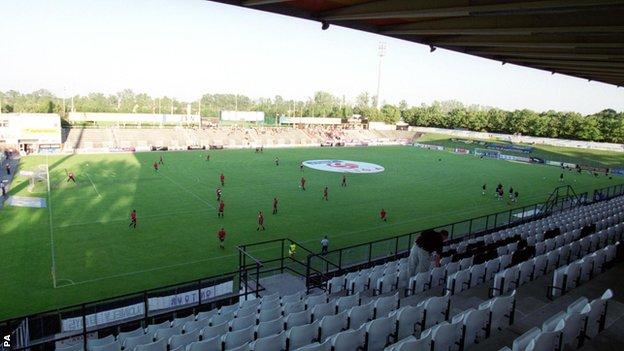 The decision leaves bottom side Admira, already on to their third coach of the season, with no points from 11 games.

The club said they were "fully unprepared for the decision" and will appeal.

They blamed it on a dispute over where they should be paying their local taxes.

Admira appointed former Austria forward Toni Polster, the country's record scorer at international level, as coach before the start of the season but fired him after three games.

Polster was followed by his assistant Oliver Lederer, who was in charge for a month but had to step aside because he lacked an official coaching licence. He was officially replaced in September by Walter Knaller, although the club says that the pair are joint coaches.