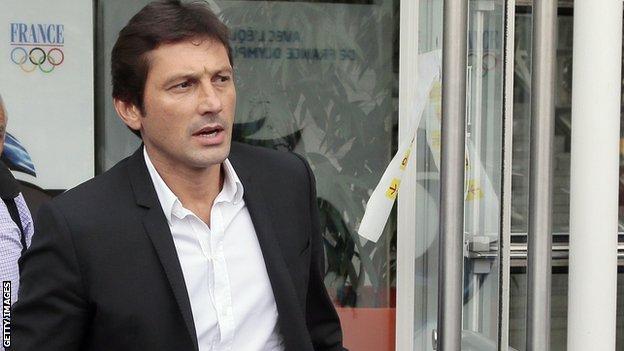 Former Paris St-Germain sports director Leonardo has had a 13-month suspension provisionally lifted by a French court, according to his lawyer.

The 44-year-old was banned by the French Football Federation for nine months in May after pushing a referee.

He later had that extended by four months and the FFF wanted Fifa to extend the sanction to a worldwide ban.

The ex-PSG player has since resigned from his role at the French club and left his post at the end of August.

Following the French court's decision, the former Brazil midfielder's lawyer Paul Mauriac told Reuters news agency: "He is now free to join any club or national team he wants without being bothered by Fifa."

The incident in question saw Leonardo being filmed using his shoulder to make contact with referee Alexandre Castro in the tunnel after being angered by Thiago Silva's red card in PSG's 1-1 draw with Valenciennes in May.

He appealed but was then banned from all official duties until 30 June 2014.

The French champions were also given a suspended three-point deduction for the 2013-14 campaign.