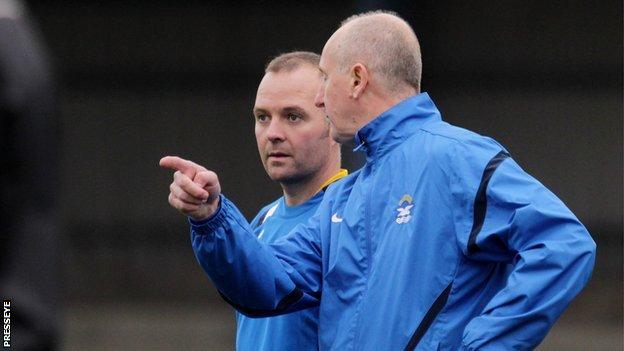 Bangor will face holders Cliftonville in the quarter-finals of the League Cup at Solitude after trouncing Lurgan Celtic 8-1 in their third round tie.

The last eight games will be played on Tuesday 12 November.

Linfield will host Crusaders, Ballymena entertain Portadown and Glenavon are at home to Ards in the other matches.

On Tuesday night, Boylan fired in the opener for the Championship One side after some good build-up work, then Morrow finished from inside the box.

Lurgan Celtic pulled one back but Boylan got on the end of a cross to score his second of the game.

Colling fired home after a rebound, Hall curled a shot past the keeper and then ex-Linfield and Donegal Celtic man Lambe grabbed a brace.

Stuart completed the rout with the last kick of the game.