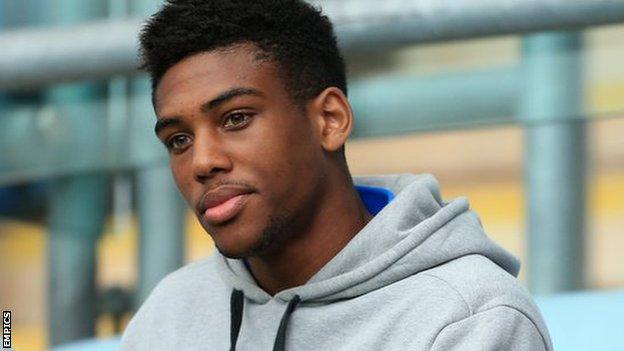 Peterborough United have signed former Coventry City striker Shaun Jeffers on a contract until the end of the season.

The 21-year-old has spent the last two weeks on trial at London Road and scored in Monday's 2-0 win over Stevenage in a reserve game.

He came through the Sky Blues academy, but made just one start before being released this summer.

"If he does impress us, we will look to extend his contract, it is as simple as that," said Posh boss Darren Ferguson.

"He is a good size and I have made a decision based on his performances in the two games I have watched. It gives us an opportunity to develop the lad."

Jeffers, who made seven substitute appearances for Coventry, also had loan spells at Cheltenham and Cambridge United.