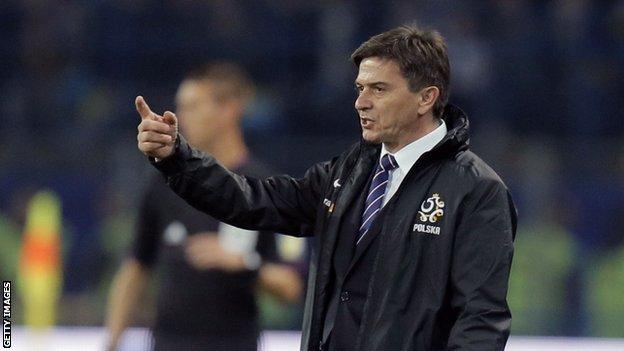 Poland have sacked coach Waldemar Fornalik after their failure to qualify for the 2014 World Cup in Brazil.

Poland lost to England 2-0 at Wembley on the back of a defeat by Ukraine as they finished fourth in Group H.

Fornalik, 50, started the job in July 2012 and his team earned 13 points from 10 games in their qualifying campaign.

"Waldemar Fornalik has ceased to carry out the functions of national team coach," said a statement from the Polish Football Association.

Fornalik was as a defender for Poland during his playing days and became manager when he succeeded Franciszek Smuda, who was dismissed after the country's poor Euro 2012 showing.

The Polish FA thanked Fornalik for his "work with the national team".