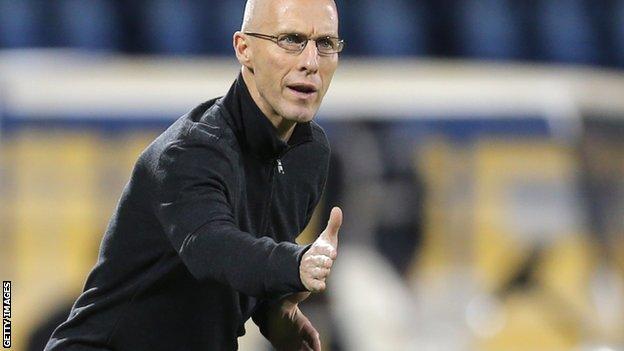 The American would be owed $366,000 (£230,000) in compensation and Egypt Football Association chairman Gamal Allam said a sacking is "not logical".

But it is understood Bradley may not take charge of November's second leg in Cairo because of fears over his safety.

Airport security was increased for the team's return from Ghana and many fans were angered by the humiliating result.

Allam believes those angry supporters will not allow Bradley to lead the team - and is looking at the possibility of assistant coach Diaa El Sayed taking charge of the return match on November 19, with Egypt's hopes of qualifying for the tournament in Brazil all but over.

"It is not logical to sack him [Bradley] and pay a big fine for the last match of his contract," said Allam.

In the last two days, the police and the army have clashed with with Ahly Ultras, a fans' group who tried to attack the Ahly handball team after they were beaten to the gold medal in the Champions Handball League by a Tunisian side.

Last week, Ghana wrote to Fifa to ask for the second leg tie to be moved from Egypt because of safety fears and Fifa has given the Egyptian FA until 28 October to provide security guarantees.