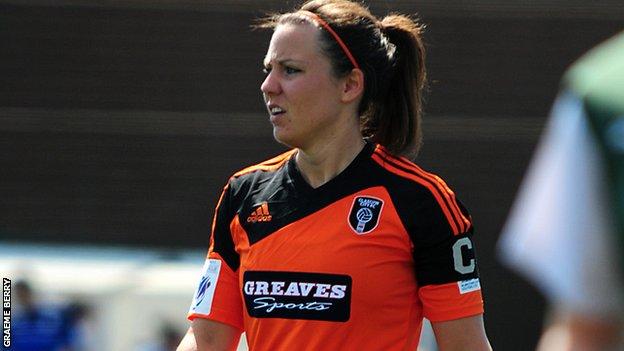 The tie is poised at 2-2 after the last 32 round first leg in Belgium, but losses at Petershill have halted their progress in Europe the past two years.

"At times that's been because we've been at home first," he said.

"This time, due to our seeding, we got to play away for the initial leg, so had a good look at our opposition."

The team that progresses will meet the winner of the SSHVSM Kairat-Arsenal tie, with the English side leading 7-1 after the first leg.

This is the biggest game of our season so far and we are focused on getting the result we need to progress into the next round.

"Standard Liege are a very talented team," Wolecki Black said. "They are organised, athletic and very efficient in attack and gave us a very tough match last week.

"However, apart from the opening 25 minutes, I don't think we performed anywhere near the level that we can and so we will be looking to correct that tomorrow night.

"We're hoping for a packed Petershill to get behind the team and urge them on to victory to take us to the last 16. It's about time we put on a level of performance in Europe that has come to be expected of us at Petershill."

Last year, Glasgow could not recover from a 2-1 home defeat by Fortuna Hjorring in the Champions League last 32, only managing to draw 0-0 in Denmark.

In 2011, Turbine Potsdam from Germany put seven past City at Petershill in the last 16 round.

"We know we are good enough to get through this tie and we need every one of us to play to our best to make that possible," she said.

"This is the biggest game of our season so far and we are focused on getting the result we need to progress into the next round."