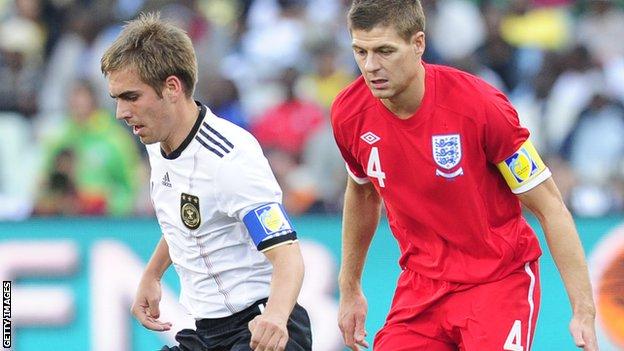 England will play Germany and Chile in Wembley friendlies in November as part of their World Cup preparations.

Both opponents have also qualified for next summer's tournament.

England have not played Germany since losing 4-1 to them in the second round of the 2010 World Cup finals.

The games will conclude a year in which England have played Brazil, the Republic of Ireland and Scotland in friendlies at Wembley as part of the FA's 150th anniversary celebrations.

Denmark are likely to visit in March for another pre-World Cup game.