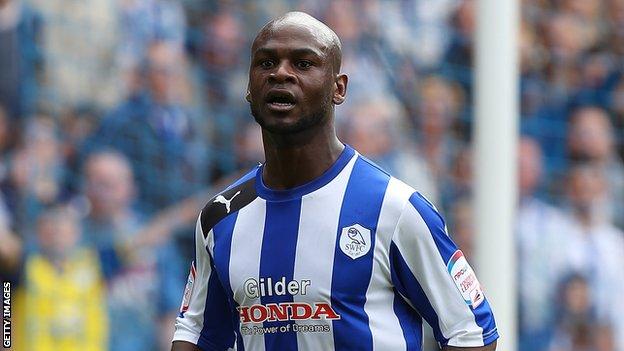 The 28-year-old, who has not featured for the Premier League side this season, joins Albion until 1 January.

Brighton were keen to bring in a new striker after Leo Ulloa was ruled out for two months with a broken bone in his foot.

He is strong, fast, and direct, and he has shown he can score goals in the Championship

He scored two goals in 18 appearances for the Swans that season but has not featured since Michael Laudrup took charge at the Liberty Stadium last summer.

The former England Under-21 forward scored nine goals in 27 appearances in the Championship during his loan spells with Birmingham and Sheffield Wednesday.

"He is strong, fast and direct, and he has shown he can score goals in the Championship," Brighton head coach Oscar Garcia told the club website.

"He offers us something different going forward."

Lita will be available for Albion's trip to Yeovil Town on Saturday, subject to international clearance.