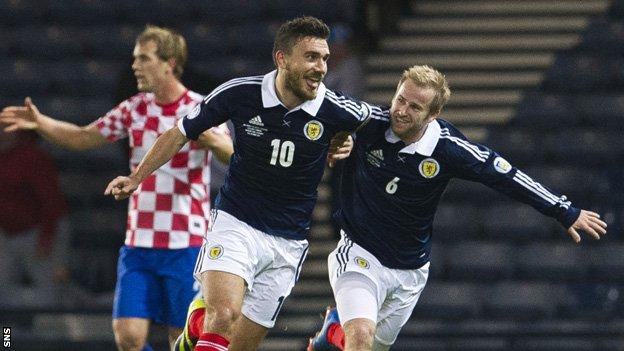 The win marked the end of the Scots' World Cup qualifying campaign with Gordon Strachan's side having already missed out on next year's finals.

But Scotland had previously retained a place in the fourth pot of seeds for the draw for the Euro 2016 qualifiers.

Strachan's men play their final two matches of the year with friendlies and next month.

one of seven European sides in the top 10.