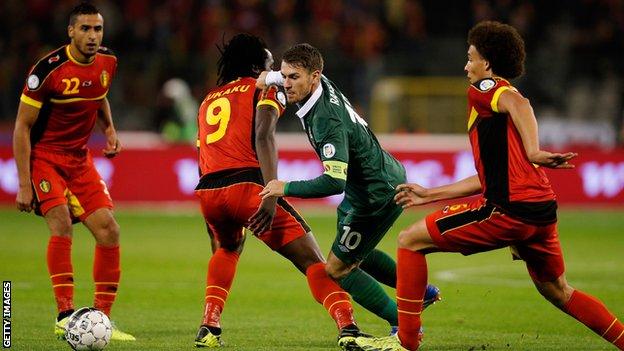 Wales have risen eight places in the latest Fifa world rankings to 44th.

Chris Coleman's side have been helped by a good finish to their 2014 World Cup qualifying campaign.

Wales then - ranked fifth in the world - in Brussels, although they still finished fifth out of six teams in Group A.

Spain are the top-ranked team in the world according to the Fifa rankings, with Germany in second and Argentina third.