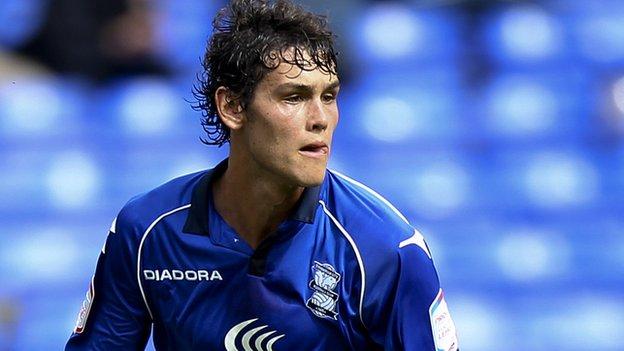 Henshall, 19, came through Swindon's academy before signing for City in the summer of 2010, aged 16.

He was loaned to Chesterfield last term, where he made seven appearances.

United States-born Packwood, 20, joined the Blues on a professional deal in 2011 and broke into the first team a year later.

He has made five appearances for the Championship club and signed a one-year contract extension in the summer.

"Will's an American boy, who is very highly thought of Birmingham. So much so, they don't want to get him cup-tied," said Rovers boss John Ward.

"Alex is a Swindon boy, so he knows this part of the world. He's a young winger looking for an opportunity to get going.

"There's not huge experience behind the boys, but they compliment the group and want to enhance their own careers."