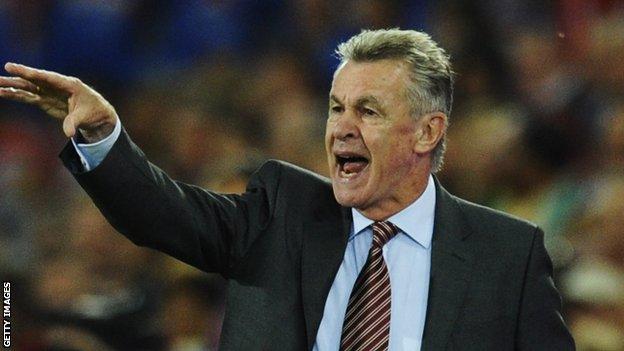 Switzerland coach Ottmar Hitzfeld has announced he will retire after the 2014 World Cup in Brazil.

The 64-year-old is one of only four coaches to win the European Cup or Champions League with two different clubs and he has helped Switzerland climb to seventh in the Fifa rankings.

The history of Hitzfeld

"After 30 years in the strength-sapping world of football, my time has come to stop," said the German.

"I can live without football, there are more important things in life."

Hitzfeld's decision came on the day Switzerland were confirmed as one of the eight seeded teams for the World Cup draw.

He guided the Swiss to their second successive World Cup with an unbeaten qualifying campaign. They finished top of Group E, winning seven and drawing three of their 10 games, ahead of Iceland, Slovenia, Norway, Albania and Cyprus.

Prior to becoming Switzerland coach in 2008, Hitzfeld enjoyed an illustrious career in club management.

He won the Bundesliga with Bayern Munich on five occasions and twice while in charge of Borussia Dortmund.

He will continue his work as a television analyst with a German cable network following his retirement from coaching.