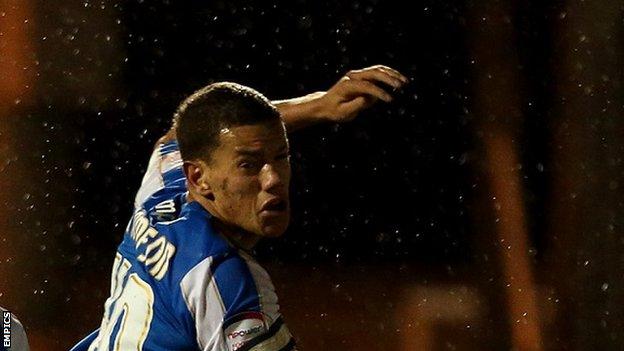 Colchester United defender Josh Thompson will be out of action for three months through injury, according to U's manager Joe Dunne.

Thompson, 22, needs an operation on an ankle injury suffered during training at the start of the season.

"Josh had been making some progress but the ankle is still very sore," Dunne told BBC Essex.

"He underwent further investigation and on seeing the specialist it was agreed he would need an operation."

Thompson, who signed a full-time deal with Colchester at the start of the year after being released by Portsmouth, has made only one appearance this season.

Injuries have deprived Dunne of 11 members of his first-team squad at various times this season.

"We're trying to find out where these things are coming from. We have an idea. It's not necessarily down to the training," he said.