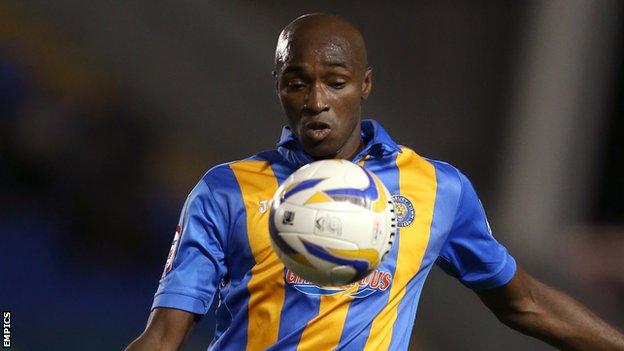 Plymouth Argyle striker Marvin Morgan has been ruled out for "a few months" with a shoulder injury.

The 30-year-old, is set to have surgery to correct the problem which he has had for over a month.

"It's a big blow for us," Argyle manager John Sheridan told BBC Devon.

"He's been playing on it, but it's really affected him so he'll be a big loss and will be out for a few months I should imagine."

Morgan has scored once in 12 appearances this season after a summer move from Shrewsbury Town.

"It's always been a problem since [he got injured] and I think it's got to the stage where he can't go on," Sheridan added. "He's been training but he doesn't feel comfortable."

With fellow striker Matt Lecointe also out with a long-term knee injury, Sheridan has not ruled out the possibility of bringing in attacking cover on loan.

"I'll have to look and see what's avaialbel and if I think it's required to bring someone in in that position then I will do," he said.