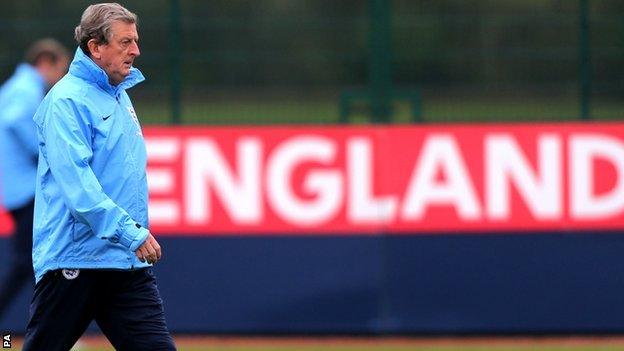 Greg Dyke's unequivocal backing for England manager Roy Hodgson should draw a line under one of football's most bizarre controversies.

But it doesn't mean the story is without significance.

Telling a joke about a monkey and an astronaut being fired into space may raise questions about Hodgson's sense of humour - not to mention his motivational tactics.

But for a man as thoughtful and experienced as Hodgson, it always seemed utterly implausible that he could have been guilty of making such an offensive and potentially racist remark deliberately.

"Roy Hodgson is a man of the highest integrity, an honourable man who is doing a great job with the England team.

"He has fully explained to us what he said and the point he was making to the players in the dressing room at half-time on Tuesday night. He has also explained the context in which he made his remarks.

"He has made clear there was no intent to say anything inappropriate, and he was certainly not making any comments with any racist connotation. Importantly, he has apologised for any unintended offence that may have been taken."

The Football Association has now spoken to most of the England players involved in Tuesday night's World Cup qualifying victory over Poland at Wembley and has been reassured none of them took offence at his half-time joke. FA chairman Dyke went even further, describing Hodgson as an honourable man of the highest integrity.

That was enough to satisfy anti-racism group Kick it Out which, having earlier called for a thorough investigation, has issued a statement saying the matter is closed and praising the FA for taking such quick action.

But the row still tells us two things which are of interest.

The first is that football is now so sensitive to racism that even the most innocent - if ill-judged - remark can be seized on and blown up into a major story. Anti-racism campaigners will argue this is a good thing, that it highlights offensive discriminatory attitudes. Just because someone didn't mean to use the word 'monkey' in a racist way, it doesn't mean that person isn't a racist.

Well, yes. Up to a point. But in the wake of the John Terry/Anton Ferdinand affair has the game now become too entangled in the moral maze to see a sensible way through this debate?

The second, and perhaps more important, point is that one of Hodgson's team decided to leak the story to two newspapers. Whoever did that will have been aware of the potential damage that could have done to Hodgson at a time when the race question is so toxic.

For all the supportive tweets of Wayne Rooney and Andros Townsend - the player said to be the subject of Hodgson's monkey gaffe - the very fact this story made it into the public domain tells you this England team is not as united and solid as the FA and the manager would have us believe.

That perception may be slightly harder for Hodgson to shake off as he prepares for next summer's World Cup in Brazil.