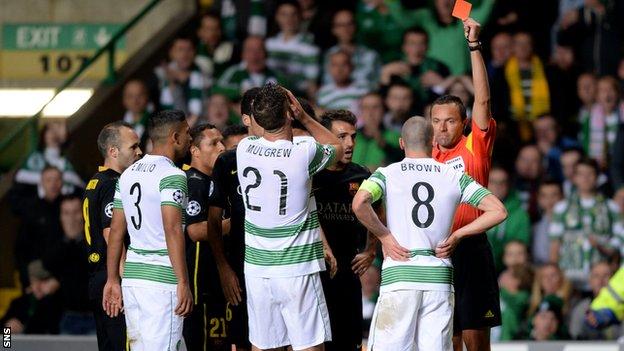 Referee Stephane Lannoy dismissed Brown after he appeared to aim a kick at Barca forward Neymar.

The ban would make the 28-year-old unavailable for both games against Ajax and the visit of AC Milan.

"The club finds this to be excessive and they will be appealing against the decision," said Celtic in a statement.

The next Champions League game Brown would be available for is the final Group H fixture against Barcelona at the Nou Camp.

Celtic are bottom of the group having lost their opening two matches, while Ajax have one point going into their trip to Glasgow on Tuesday.

Following the 1-0 home loss to Barca,