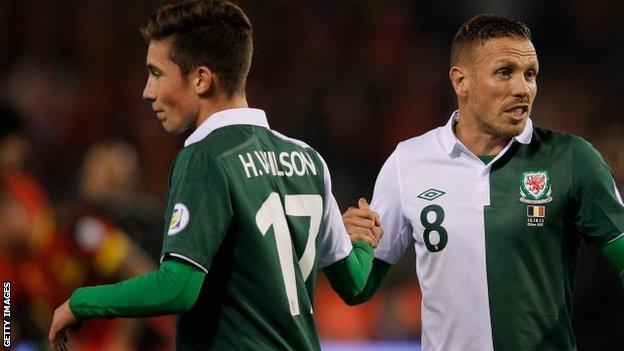 It's important that we just stay calm and let him develop at his own rate.

Rodgers said Wilson is a "very talented young player", but added: "He's not near [playing in] the Premier League.

"I was surprised. Obviously Wales had a lot of injuries."

Rodgers said he was informed of Wilson's inclusion in the squad by Liverpool and Wales goal-scoring legend Ian Rush.

Wales manager Chris Coleman had turned to the youngster after injuries disrupted preparations for the final World Cup qualifiers.

Wrexham-born Wilson was an unused substitute for last Friday's 1-0 win over Macedonia at Cardiff City Stadium before making his debut in Brussels.

"To have him here at the club is brilliant," Rodgers added. "He knows he will have a great opportunity here if he continues to develop at Liverpool.

"It's important that we just stay calm and let him develop at his own rate."

from a £50 bet placed in when the teenager was 18 months old.