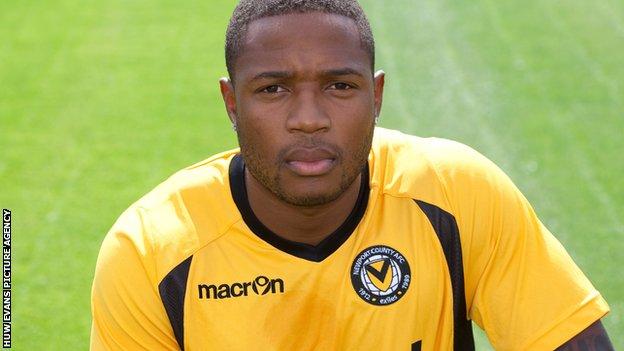 Newport County striker Aaron O'Connor faces further groin surgery and will be out until the New Year.

The 30-year-old has not featured for the Exiles in League Two this season because of the injury.

"He's got to go in and have further surgery on Monday," County manager Justin Edinburgh said.

"I think we can get to the bottom of it and it then and will be like a new signing in January."

Edinburgh will assess the fitness of defender Andrew Hughes before Saturday's League Two game at home to York City.

Hughes picked a hamstring injury during County's 3-0 defeat at Rochdale last Saturday and has not trained fully this week.

But Edinburgh will have Billy Jones and Ryan Burge available for Saturday's game at Rodney Parade.

Midfielder Burge has trained with the rest of the week despite picking up a knock while defender Jones has recovered following illness.