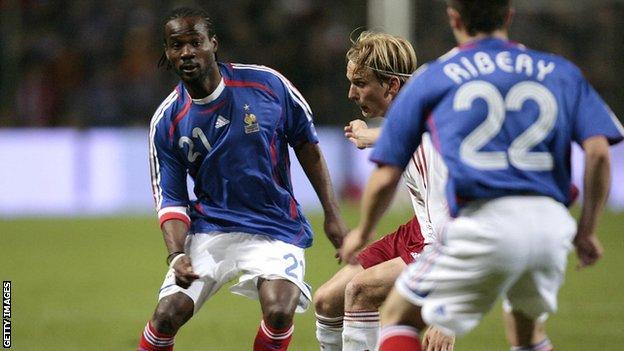 Former France and Tottenham defender Pascal Chimbonda has joined League One Carlisle on a three-month deal.

The pair were team-mates at both Wigan and Sunderland, and

"I know what he's capable of. He's been a real breath of fresh air since I invited him to train with us," Kavanagh told the club's official website.

Chimbonda, who was part of France's World Cup squad in 2006, has not played professionally for 18 months after his deal with Doncaster Rovers expired.

He was offered a contract by Conference North side Colwyn Bay in August and also turned out for Market Drayton Town in a pre-season friendly.

"He just wants to play football," Kavanagh added. "He's been playing in non-league football to keep himself fit, not because that's the level he should be playing at.

"We did some testing on Tuesday and I was actually surprised with his levels of fitness. It will take him a few games to get his match fitness back but I think he's got the ability."