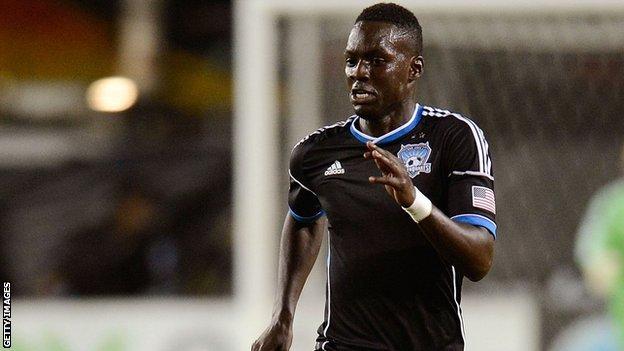 The 25-year-old, who made his Premier League debut while on loan at Aston Villa last season, has spent the week on trial at Pride Park.

Derby are waiting for Football League clearance and hope to have Dawkins available at Watford on Saturday.

"He has done very well and it's great to have him on board," Rams head coach Steve McClaren told the club website.

"He's someone I know and it was a no-brainer getting him in to train with us - this week has been about seeing how he settled into the squad, rather than about his ability. "

Dawkins, who has only played one game for Spurs but made four substitute appearances for Villa, joins the Rams as injury cover after Johnny Russell suffered a fractured leg in Derby's win over Leeds United, joining Jeff Hendrick and Paul Coutts on the sidelines.

Meanwhile, the Rams have confirmed that Mali international Kalifa Cisse's trial with the Championship club has been extended.