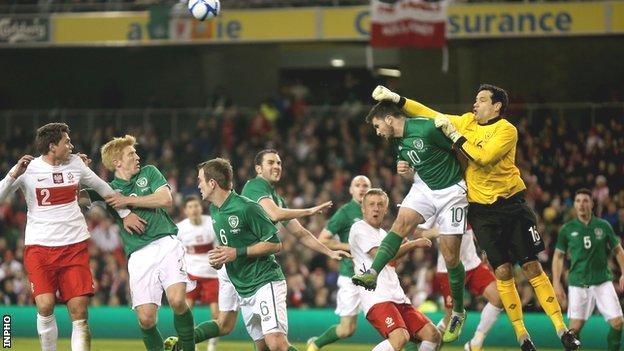 The Republic of Ireland have confirmed they will play Poland in a friendly in Poznan on 19 November.

Both teams are currently searching for a new manager after failing to qualify for the 2014 World Cup finals.

Ciaran Clark and Wes Hoolahan scored for the Republic in a 2-0 win over the Poles when the sides last met, in a Dublin friendly in February.

The FAI hope to name a new Republic manager before Christmas, with former boss Mick McCarthy and Martin O'Neill among the contenders.

Ray Houghton and Ruud Dokter have been asked to oversee the selection process and they are expected to report to the FAI before the squad is announced for the friendly early next month.

Fornalik was sacked following Poland's 2-0 defeat by England at Wembley on Tuesday night.

The Republic have won six of their 24 games against Poland, drawing eight and losing 10.