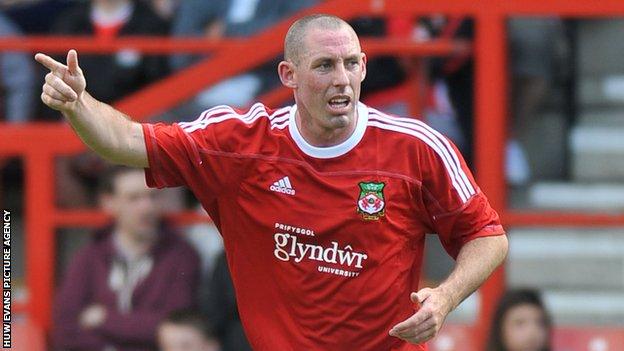 Wrexham defender Stephen Wright has had his suspension for being sent off reduced by one match on appeal.

However, as Wright was also sent off earlier in the season at Halifax Town, the 33-year-old must still serve a three-game ban after the second red.

Wright was dismissed after a scuffle with Barnet player-manager Edgar Davids, who was also sent off.

Wrexham midfielder Johnny Hunt was dismissed for a violent tackle in the same game, earning a three-match ban.

Both players will miss Saturday's Conference Premier game at home to Woking.