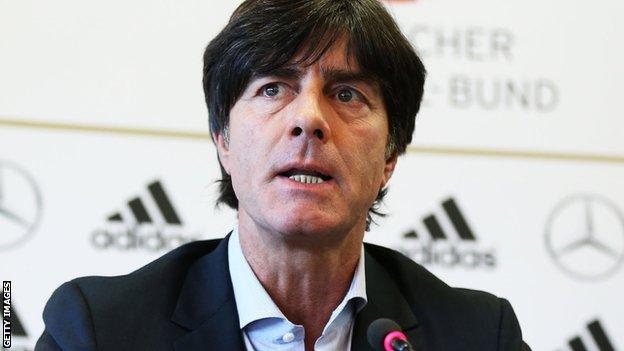 The 53-year-old, who replaced Jurgen Klinsmann in 2006, had been contracted until the 2014 World Cup but after guiding his side to Brazil will now stay on to the summer of 2016.

He said: "We're not yet at the end of our path and we still have big goals that we want to achieve together.

"I enjoy working with the team and the coaches and I feel a great deal of motivation to develop this team."

Under Low, Germany lost the Euro 2008 final to Spain, were knocked out by the same opponents in the 2010 World Cup semi-finals and were also beaten by Italy in the Euro 2012 semi-finals.

If he sees out his new contract, Low will be the longest-serving manager of Germany since Helmut Schon was replaced in 1978 following 14 years in charge.

Low, who has the highest win percentage (68%) of any Germany manager, will bring his side to Wembley In November