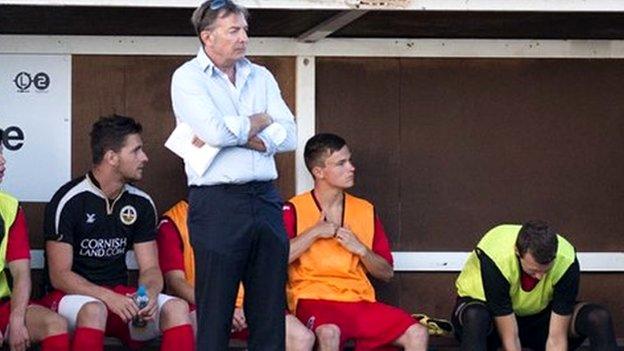 Truro City manager Steve Massey says he expects the FA Trophy clash with Tiverton Town on Saturday to be a fiercely-fought contest.

The match pits Cornwall against Devon, while several players involved have played for both sides.

"You could probably say that it's going to be quite spicy."

The White Tigers beat Banbury United 2-1 in the league last weekend to end a run of five consecutive defeats, and Massey admitted the result had relieved some of the pressure on him.

"A win was very welcome," he said.

"And it was an excellent team performance, especially to come back from 1-0 down against a team that was on a fine run - it was well-deserved and we were very pleased to finally get it."

Massey said that he expected to be without midfielder Matt Andrew after he picked up a knee injury last week.

"Injuries seem to be blighting our season - it would have been nice to put out the same side," he said.