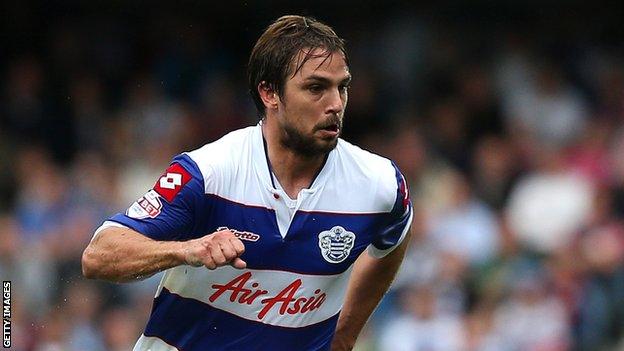 The 29-year-old Croatia international has made three appearances for the R's since joining on loan from Dynamo Kiev.

"Niko scored against Belgium this week then played against Scotland. He's had a couple of games under his belt," Redknapp told BBC London 94.9.

"When he came he had done nothing. He had no pre-season in Ukraine so he is only going to get fitter and better."

QPR return to action following the international break with a trip across the capital to Millwall on Saturday.

The west London side are currently second in the table on goal difference, with a game in hand.

Redknapp feels their recent performances against Middlesbrough and Barnsley - games which were both won 2-0 - demonstrate his team are still improving.

"We kept the ball better, dominated the football and controlled the game," he said.

"That is how I want us to play and those were two very pleasing performances.

"We go into a tough run of games now with four out of five games away. But if we are going to be up there at the end of the year these are the games we need to get points out of."

Meanwhile, Redknapp admitted it is a blow to lose Tom Carroll after the on-loan Tottenham midfielder suffered an ankle injury while on duty with the England Under-21s in midweek.

"You never mind a little break as it is a long, hard season in this division," he said.

"The only problem was we lost Tom, who picked up a bad injury.

"He's had to go back to Tottenham for treatment and he will be out for quite a while now. He was starting to settle in and he is a big loss to us."