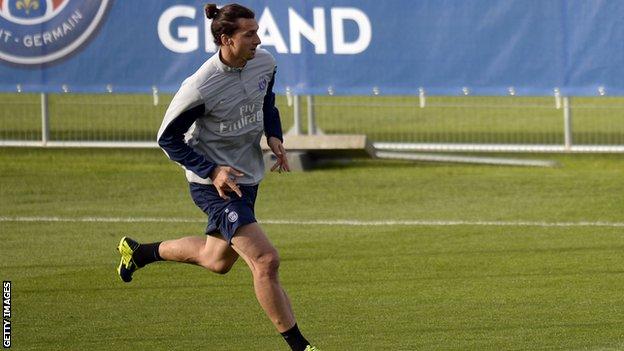 Paris St-Germain are waiting on the fitness of striker Zlatan Ibrahimovic ahead of their home Ligue 1 match against Bastia on Saturday.

The Sweden international, 32, injured his thigh during last Friday's World Cup qualifier against Austria and then missed Tuesday's 5-3 loss to Germany.

He trained on his own on Thursday after returning from international duty.

PSG are without suspended midfielders Thiago Motta - sent off in their last game at Marseille - and Marco Verratti.

The pair remain the only unbeaten sides and have both returned from Marseille - their only other likely title challengers - with maximum points.

Toulalan, who joined Claudio Ranieri's side from Spanish club Malaga in the summer, has been out since the beginning of September with a groin strain.

"I've been through a physical training programme and I'm better now, I'm ready to play," he said.