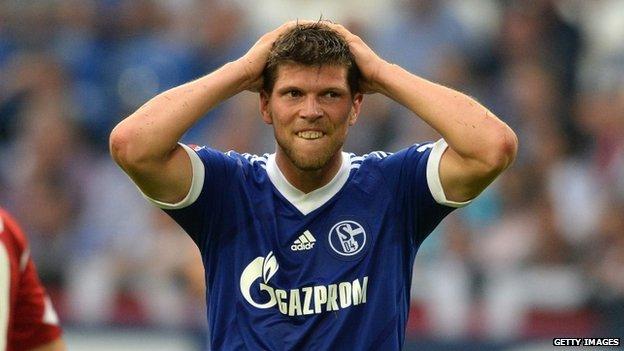 Schalke and Netherlands striker Klaas-Jan Huntelaar is to have knee surgery and will be out until the new year.

The 30-year-old tore ligaments in his right knee during Schalke's 4-0 defeat by Wolfsburg in August.

It's tough, but a necessary step

The former Real Madrid and AC Milan man, who has scored 34 international goals, tweeted: "It's been difficult, but I've decided to undergo surgery."

"Recovery time will be three to four months. It's tough, but a necessary step."

Schalke must do without Huntelaar, who has scored two goals in two games this season, when they travel to Bundesliga bottom side Eintracht Braunschweig on Saturday.

Huntelaar, who was reportedly a target for Liverpool and Arsenal in January before signing a new deal, scored 48 goals for Schalke during the 2011-2012 season.

He is only seven goals shy of Robin van Persie's all-time record of 41 goals for the Netherlands.