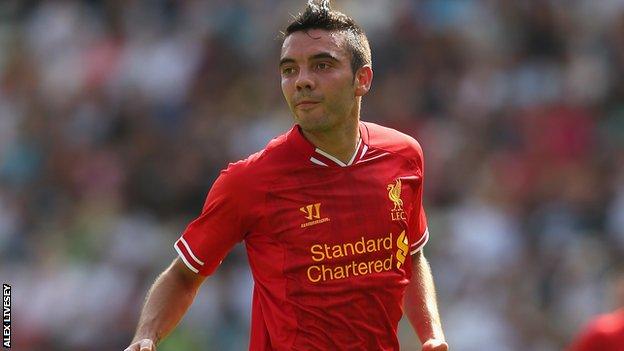 Liverpool forward Iago Aspas has been ruled out for more than a month with a torn thigh muscle.

The 26-year-old, a £7m summer signing from Celta Vigo, sustained the injury in training on Thursday.

"He is expected to be available for a return by the beginning of December - a month which includes seven Barclays Premier League fixtures for Brendan Rodgers's team," a club statement read.

The uncapped Spaniard has yet to score in six appearances for Liverpool.

He hit 12 goals in 35 league games for Celta last season as they avoided relegation from La Liga on the final day.

But he has not made the starting line-up since Suarez returned from his ban, which was imposed for a bite on Chelsea defender Branislav Ivanovic during a 2-2 Premier League draw at Anfield on 21 April.