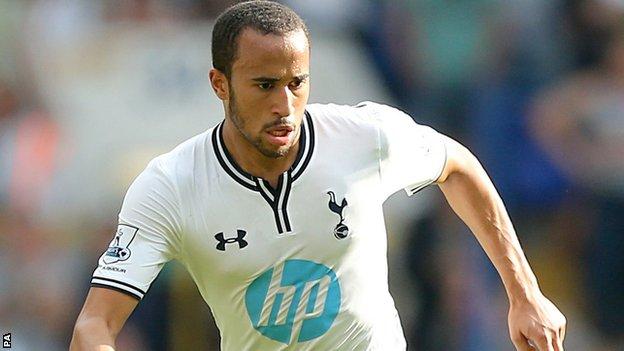 Tottenham winger Andros Townsend has signed a new four-year contract with the club.

The 22-year-old has become a first-team regular this season and scored on his full England debut last week.

He became caught up in a but described the incident as "negative, silly news."

Townsend scored on his Spurs debut against Charlton in 2011 and had nine loan spells away from White Hart Lane.

After impressing during his final loan spell - with QPR last season - Townsend has earned a place in Andre Villas-Boas's team this season, making eight appearances so far.

He earned his second England cap in the 2-0 win over Poland on Tuesday.

Villas-Boas said: "We're very proud of what he has done.

"We have seen him play with so much confidence and determination, he's really set his place in the team, for Tottenham and for his country.

"Whenever he's been called up by myself or Roy he's given great performances.

"At the moment we're very happy with what he's been doing and I think Roy thinks the same.

"It's wonderful for him. He's come along with the explosion he had in the Premier League, not just with Tottenham but with his country.

"He is doing extremely well for club and country and deserves credit."