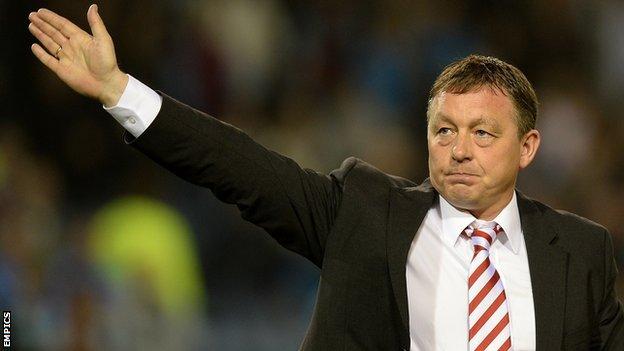 The 49-year-old returned to the City Ground in February on a three-and-a-half year deal, having been sacked by Forest 20 months earlier.

"This is a fantastic day for Nottingham Forest," chairman and owner Fawaz Al Hasawi told the club's website.

"I look forward with great excitement to working alongside him for many years to come as we aim to bring success back to this magnificent club."

The former Derby County manager led Forest to consecutive play-off campaigns in his first spell at the helm.

But he was sacked in 2011 after Forest bowed out of the promotion race at the semi-final stage against Swansea.

When Davies returned last season, he became the fourth manager in seven months to work under the Al Hasawis.

Forest narrowly missed out on the Championship play-offs last term and are fourth in the table after 11 games this season.