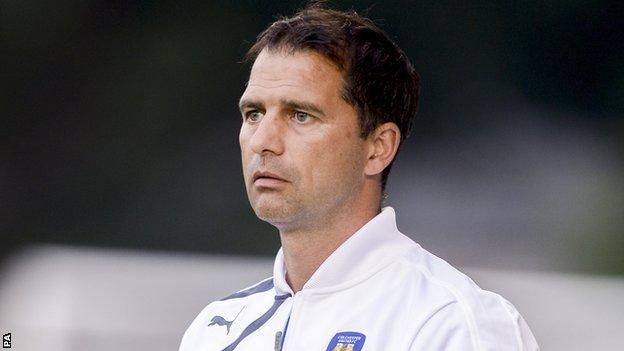 Macauley Bonne scored on his 18th birthday to give Colchester United their first league win in 12 matches at the expense of Peterborough.

Posh went close a number of times in the first half, before U's midfielder Craig Eastmond struck the bar.

Lee Tomlin was then sent off after tangling with Eastmond, before youngster Bonne headed in on what was also his home debut.

Britt Assombalonga twice went close for Posh, who slip to third in the table.

The defeat was Peterborough's first away from home this season, and saw them slip behind Wolves in the promotion hunt.

"They played without any fear. I was confident in the substitutions, it was a big call to take Clinton [Morrison] off, I just felt we needed that energy when they went down to ten men.

"Both guys [Macauley Bonne and Sammy Szmodics] went on and did exceptionally well. In the end we should have scored another two or three to kill the game off.

"I won't begrudge them that because I think we deserved everything we got today.

"It's a wonderful header, you don't see many goals like that anymore. I want to pay special credit to the rest of the team."