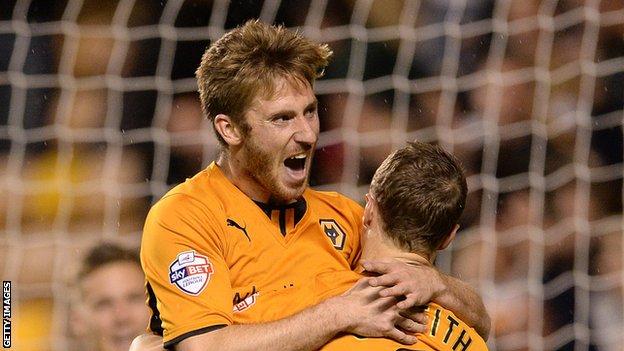 James Henry scored one and made another as Wolves moved up to second in League One with victory at Bradford.

Raffaele De Vita fired the Bantams ahead on his full home debut after his initial header from Kyel Reid's deep delivery was blocked on the line.

But Henry's low strike levelled before the on-loan midfielder's cross was glanced in by Richard Stearman for 2-1.

Bradford pressed but sub Nahki Wells was denied by a brilliant double save by Carl Ikeme as the visitors held on.

The hosts, who looked the livelier side in the second-half, also had a penalty appeal turned down when Reid went down after rounding Ikeme, but was booked by the referee for diving.

Bradford have now gone four games without winning, while Wolves secured their fifth straight away victory to move above Peterborough - who lost 1-0 away at Colchester - into the automatic promotion places.