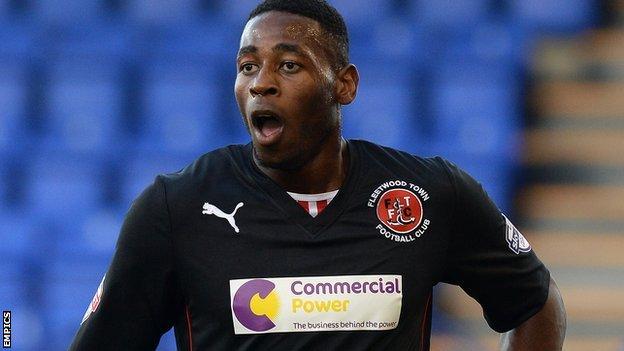 Fleetwood Town picked up a first win in four games at the expense of struggling York City.

The hosts then felt they should have had a penalty when Ryan Jarvis fell under the challenge of Ryan Cresswell in the area.

Matt secured the win when he followed in Steven Schumacher's strike.

"We set out like we set out on Tuesday at Chesterfield, to try and stem and hold them.

"Over the large part we held up quite well and restricted them. They had some possession but didn't over create.

"The goal from our point of view was not a good goal to concede, I'm disappointed with that.

"The one thing I was delighted with was the character and the spirit within the team to keep going, keep fighting until the final whistle, that was fantastic."