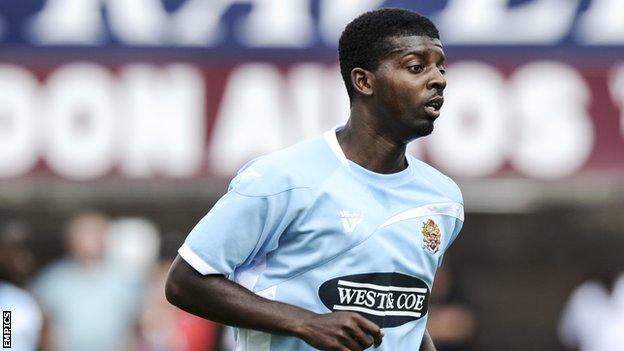 Rochdale slipped from the top of League Two after Medy Elito inspired Dagenham and Redbridge to victory.

Rhys Murphy gave the hosts the lead with a first-time strike from Elito's precise pass.

And it was Elito who doubled the Daggers' advantage with a well-struck volley into the top corner.

Gary Dicker pulled one back for the visitors from close range, but Elito settled it at the death with a low strike from long range.

Rochdale fell behind Oxford in the table after the U's defeated AFC Wimbledon 2-0, while the Daggers now lie outside the play-off places only on goal difference.