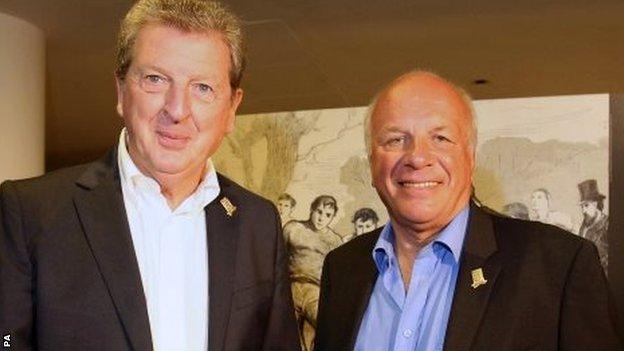 By breaking ranks Heather Rabbatts has delivered the most damaging blow yet to Football Association chairman Greg Dyke's commission on the state of the England team.

Rabbatts complains that she and other directors were not consulted before

But perhaps more significantly she says the make up of the commission does not reflect black and ethnic minorities and says in its present form it is "unsustainable".

Ever since he announced the first names on the commission 10 days ago, Dyke has been facing criticism.

The first setback was the Premier League's decision not to be represented on the panel.

Dyke invited the league's new chairman Anthony Fry - someone he has known for many years - to be on the commission over a coffee in the summer. But Fry, under pressure from chief executive Richard Scudamore, eventually declined.

Scudamore told Fry the commission would only duplicate work done in the aftermath of England's World Cup failure in South Africa in 2010. He argued that the Elite Player Performance Plan had only just been launched and that it was too soon to start another inquiry into why the England national team seems unable to match the Premier League's success.

The league says it is not snubbing the commission and that it will provide the FA with evidence and support to help it complete its work. But its failure to provide a heavyweight representative has clearly undermined Dyke's marquee project from the very beginning.

The second problem - which Rabbatts has made clear in her letter - was the way the commission seemed to be rushed through without proper consultation. The first the FA board knew of the first eight names to be on the commission was just as reporters were being told at the Leaders in Football Conference at Stamford Bridge.

Separately, I have been told the names were announced before the commission's remit and terms of reference had been properly considered.

Since the Leaders in Football Conference there has been some progress. I now gather that there is a clearer understanding within the FA of what the commission will examine.

It will essentially look at the way young English players are developed, breaking it down into three phases.

1. The pathway from schools into academies

2. The progress of those young English players in club academies (ages nine to 16)

3. The development of those young academy players into first team Premier League players

The commission will look at where there are blockages and then try and work out solutions.

To do this the commission will call on a vast range of data and evidence from clubs, which will be put together by a consultant called Peter Beverley, a former executive with American global management consulting firm McKinsey.

The plan is for the FA to compile this data and then present it to the commissioners. It will then be their job to assess the evidence and make recommendations to the board.

It was proposed at Wednesday's heated FA board meeting that the commission will produce an interim report before Christmas before publishing final conclusions in March next year.

It is an ambitious timetable for such a wide-ranging and deep issue and it risks being derailed completely by Rabbatts's intervention.

- Danny Mills in particular - and the lack of a current or recent Premier League manager on the commission, the FA says the make up of the panel is not yet complete. More names could be announced next week.

They add that the point of the commissioners is to use their in-depth knowledge and experience of the game to assess the evidence and make recommendations to the FA board.

The third and final problem is not including a black or ethnic minority representative on the commission. This is why Rabbatts, whose mother is Jamaican, is so angry.

She says it is impossible for the all-white, all-male commission to consider matters of nationality without including someone from the black or ethnic minority community.

Kick it Out, the anti-racism campaign group, have written to the FA expressing their concerns, while the former England and Arsenal player

While the purpose of the inquiry is not specifically about race and diversity, Rabbatts and others have a point when they say that any inquest into the way England players are scouted and developed cannot ignore the fact that England is now a diverse, multi-cultural society. One only has to look at the make up the current England team to see that any commission without a current or former black player is a big mistake.

Dyke will no doubt try to find someone suitable to join the commission and silence the critics but Rabbatts and others may now accuse him and the FA of tokenism.

No-one in football would seriously disagree with Dyke that there is a need to have a proper study into why a country with the world's most widely watched and wealthy football league cannot produce a successful national team.

But however one looks at it, the setting up of the commission has been mishandled - and Rabbatts's letter is a significant blow to Dyke's reputation and flagship mission just a few months into his tenure as FA chairman.