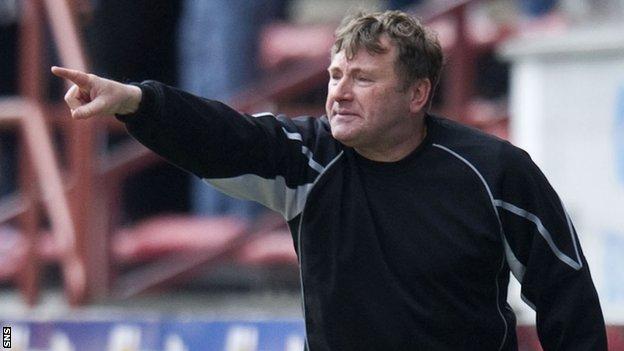 Airdrieonians are looking for a new manager, with Jimmy Boyle leaving the club after left them bottom of the table.

The 46-year-old former Airdrie midfielder had been in charge at Excelsior Stadium since 2010.

Boyle, who had been youth team manager, had succeeded Kenny Black.

The League One club announced on its website on Sunday evening: "It is with regret that the club has parted company with Jimmy Boyle."

Boyle led them to promotion to the old First Division in 2012, but Airdrie United were relegated again the following season before the club's return to their old name.

Their 2-0 home defeat by Forfar, combined with , leaves the Diamonds a point adrift of and two behind the Fifers in Scotland's third tier.

"The board would like to thank Jimmy for all of his hard work during his time with Airdrie and wishes him every success in the future," added the club statement.