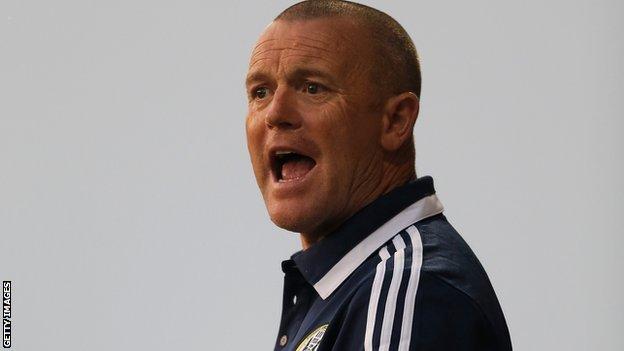 The Conference Premier side started the season by thrashing Hyde 8-0 but have lost seven of their last eight games.

Former Swindon and Blackpool player Hockaday, 55, took over at the New Lawn in 2009, having previously worked as a coach at Watford.

He led Rovers to a 10th-place finish last season and, as one of the biggest spenders in the league, they were tipped for promotion this term.

But having lost their last four games, they are 18th in the table, four points from the drop-zone.

In a statement, Hockaday said: "Football is a results driven business and recently results haven't been good enough.

"I feel I have left the club, both on and off the field, in the best shape it has ever been. I am proud of what I've achieved here and feel the time is right to move on.

"I wish everyone at the club the very best - Forest Green Rovers will always have a place in my heart."

Forest Green, the longest-serving club in the division, finished in the relegation zone in Hockaday's second year in charge but kept their place in the Conference after Salisbury's double demotion.

Rovers were in financial difficulty at the time but were rescued by a takeover by now chairman Dale Vince, a green energy tycoon.

The club became famous for their ecological awareness, which included a ban on all red meat and the introduction of an organic pitch, and Vince invested heavily in the playing budget as they looked to reach the Football League for the first time in their history.

They were in promotion contention at the end of last season but a run of five defeats saw them fall away from the pack.