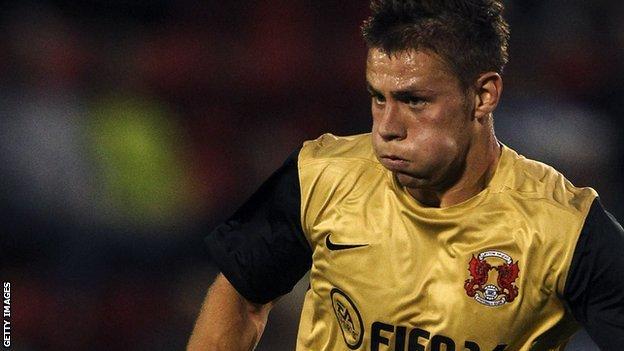 Accrington Stanley have signed former Walsall striker George Bowerman on a deal until the end of the season.

The 21-year-old, who had a brief spell with Woking at the start of the season, was released by the Saddlers in the summer.

"He shows the composure and quality in front of goal that we have been lacking in recent weeks," boss James Beattie told the club website.

Bowerman could make his Stanley debut against Bristol Rovers on Tuesday.