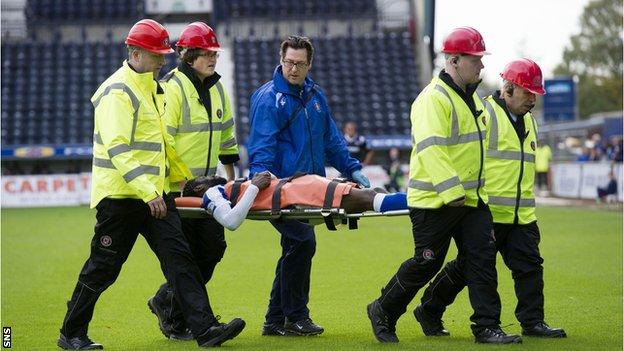 The player was stretchered off during the first half, but it remains unclear what caused the problem.

With just over 30 minutes played at Rugby Park, Ibrahim appeared to be involved in a collision with Darren Maatsen, but quickly recovered.

He was subsequently taken off and replaced by David Silva.