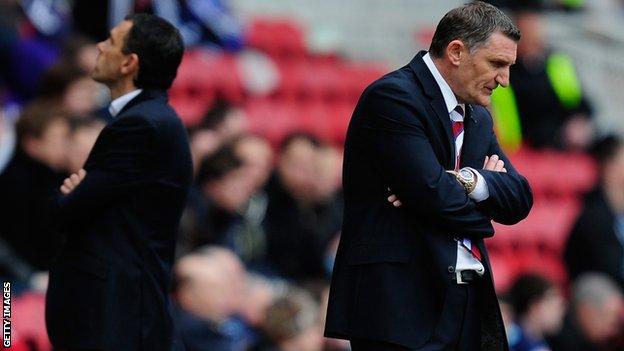 The day had come, the legend had returned home to lead his people to the promised land, or so the story goes.

It was October 2010 and Gordon Strachan had cleared his desk after a difficult 12 months in which Middlesbrough had failed to push towards the top half of the Championship table.

Six years after Tony Mowbray's first move into management, the stars had aligned to pave the way for the former Boro captain's return to Teesside.

Strachan's short reign at the Riverside was characterised by a recruitment policy that saw 10 players arrive from Scottish clubs, particularly from the Old Firm.

Alongside the additions of Kris Boyd and Kevin Thomson from Rangers, Strachan signed five former players he had managed during a four-year spell as Celtic boss.

And with Mowbray having succeeded Strachan at Parkhead, it made him an even more suitable choice to do so again.

The Saltburn-born boss had also achieved success in the Championship at West Brom, where he secured a third-place finish in his first season before winning the league title in his second.

He was the fans' choice, the board's choice and with his proven Championship pedigree, the smart choice to take over at the Riverside.

As a player, Mowbray was a Boro legend. As a 23-year-old he was named captain during the club's most traumatic period.

Such is the affection Boro fans hold Tony Mowbray in, the club's fanzine is named 'Fly Me to the Moon' after a quote Bruce Rioch made about him in 1988.

In the summer of 1986, Middlesbrough were locked out of their Ayresome Park home and on the verge of liquidation before a consortium led by local businessman Steve Gibson stepped in.

'Mogga' and manager Bruce Rioch then guided the club to the top flight via consecutive promotions with the inspirational skipper an ever-present in both seasons, prompting Rioch to declare, "If you were on a rocket ship going to the moon, the man you would want sitting next to you would be Tony Mowbray". It is a statement he still stands by.

"Tony is a fantastic man of great character and strength," Rioch told BBC Tees. "No-one will be happy to see him leave.

"When he was appointed it was a dream move for all parties and you just hope that it works because everyone wanted it so much.

"Maybe that made the pressure too great but I'm just extremely sad that it has ended the way it has because he and Steve Gibson have been fantastic for this football club."

"His job will turn out to be unique at Middlesbrough Football Club. No manager before, and no manager in the future, can possibly mean as much to the fans as Tony Mowbray.

"Because of his role in the rebirth of the club in 1986, he epitomised the spirit of Teesside as Boro went from the Third to the First Division in consecutive seasons. It wasn't just about what he did on the pitch, it was his bearing as a man.

"It all combined to create a hero, a genuine hero, and when he came back there wasn't a Boro fan here who didn't want it to work for him."

Mowbray took charge in 2010 with Middlesbrough occupying the Championship's final relegation berth and was unveiled to a fanfare before a home game with Bristol City.

On the half-hour mark, Boyd fired Boro in front and the Roy of the Rovers-style football fairytale was following the script, but how that match unravelled would act as an accurate indicator for the former centre-back's reign as a promising start tailed off into a 2-1 defeat.

He successfully guided the club to mid-table and ensured some close-season optimism with four consecutive wins to secure a 12th-place finish.

Boro took that form into the following campaign as five wins and two draws saw them top the Championship in late September. When 2012 arrived, they were in second place and just two points off the top.

But this time an eight-match barren spell left precious little time for a revival and the promotion express was derailed for another year.

Mowbray's third season at the helm was similar to the second. Boro were third at turn of the year before an even greater collapse had them scratching around for points to ensure their Championship status as they finished 16th, only five points above the drop-zone.

However, and despite mounting criticism, he was backed by chairman Gibson to bring in six new faces, most notably the experienced Dean Whitehead from Stoke and the £1m capture of Ghana winger Albert Adomah.

Gibson, known for giving his managers time, finally ran out of patience as five wins in 33 league matches spelled the end.

"Tony has a fantastic affinity with his hometown club and after the way he stood firm through the difficulties in 1986, I just hope the fans will accept he gave it his best shot and still hold him in deep affection for what he did for Boro all those years ago," added Rioch.

Despite Rioch's faith, after Mowbray's spell as boss, the moon remains frustratingly out of reach.